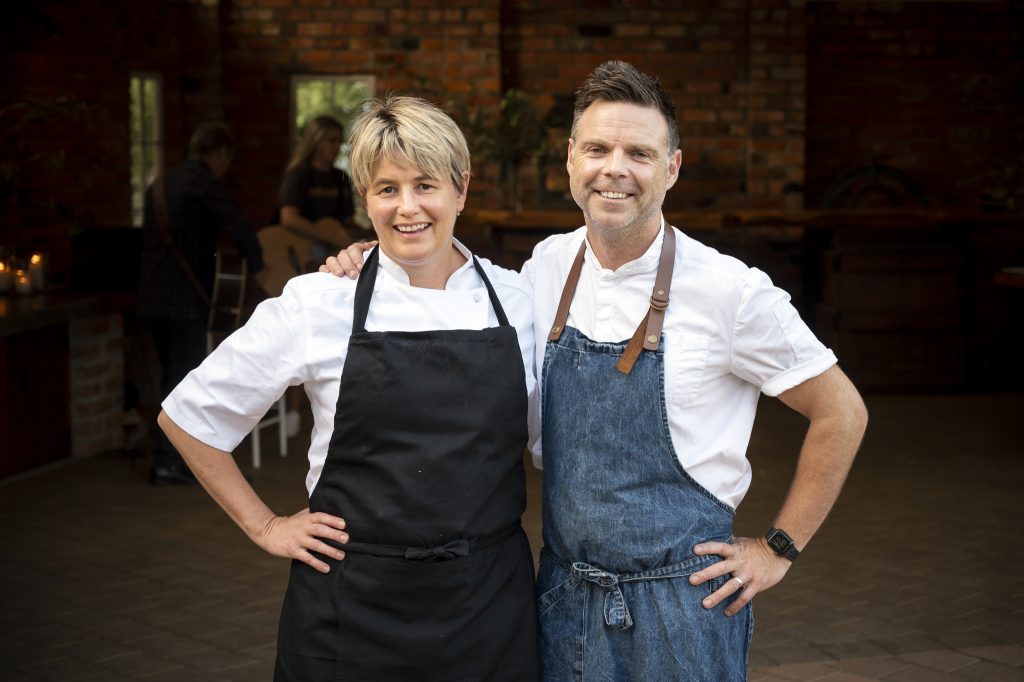 Denise Irvine goes back to her culinary roots at Roto-o-rangi. Only this time, it’s top chef Ben Bayly cooking dinner.

I grew up on a sheep farm at rural Roto-o-rangi, between Cambridge and Te Awamutu, and the food on my plate was classic New Zealand: tender roast lamb, basted in pan drippings, vegetables fresh from the garden, and my mother’s roly poly pudding or apple pie to follow.

It was all home grown, cooked with Mum’s magic mix of natural skills and new recipes gleaned from friends, the Edmonds Cookery Book, and the New Zealand Woman’s Weekly.

Fast-forward a few decades and here I am again at Roto-o-rangi, and a Feast Waikato dinner that reinvents classic New Zealand cuisine, a 21st Century version that reaches throughout the country for the very best fresh produce. Where everything is painstakingly prepped and presented for maximum flavour and sublime effect. 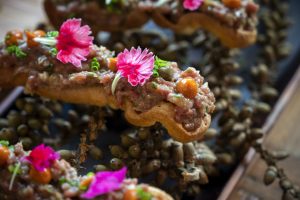 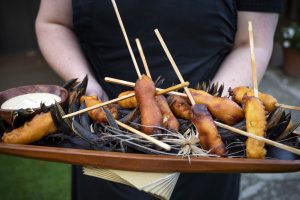 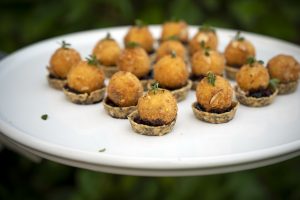 There are canapés of tahr, scampi, and Over the Moon goat curd; tuna entrée, beef main, and a dessert showcasing seasonal fruits. Not much sign of Mum’s favourites here, but each generation builds on the one that’s gone before.

This is my highlight of Feast Waikato, held March 31-April 4, an annual programme run by Waikato Food Inc that celebrates the region’s great food, great chefs and producers.

The dinner at Roto-o-rangi is helmed by Ben Bayly, Te Awamutu-boy-turned-celebrity-chef. Ben was raised on a Te Awamutu dairy farm and he trained as a chef at Waikato Polytechnic (now Wintec). Currently, he owns The Grounds family eatery in Henderson, Aosta in Arrowtown with Michael Hill (Jeweller), and he recently opened the beautiful Ahi restaurant in Auckland’s sparkling new Commercial Bay development.

Ahi, translated from Te Reo as fire, nods to the kitchen, and to the passion that drives the award-winning Ben and his team. He aims to bring the best of New Zealand food and hospitality to Auckland’s CBD, and on this big Feast night he brings his creativity and his crew to this dinner at Rosenvale function centre in Roto-o-rangi, close to the area where he grew up.

It was a coup for the Feast team to woo Ben to town, the dinner was labelled “We’re Bringing Ben Home”, and he teamed up for the night with talented chef Megan Priscott from Te Awamutu’s Red Kitchen.  Kind of keeping it in the family, Ben’s first kitchen job as a 15-year-old school student was at Taylor’s Restaurant in Te Awamutu, then owned by Megan’s parents, Rosalie and David Coupland. 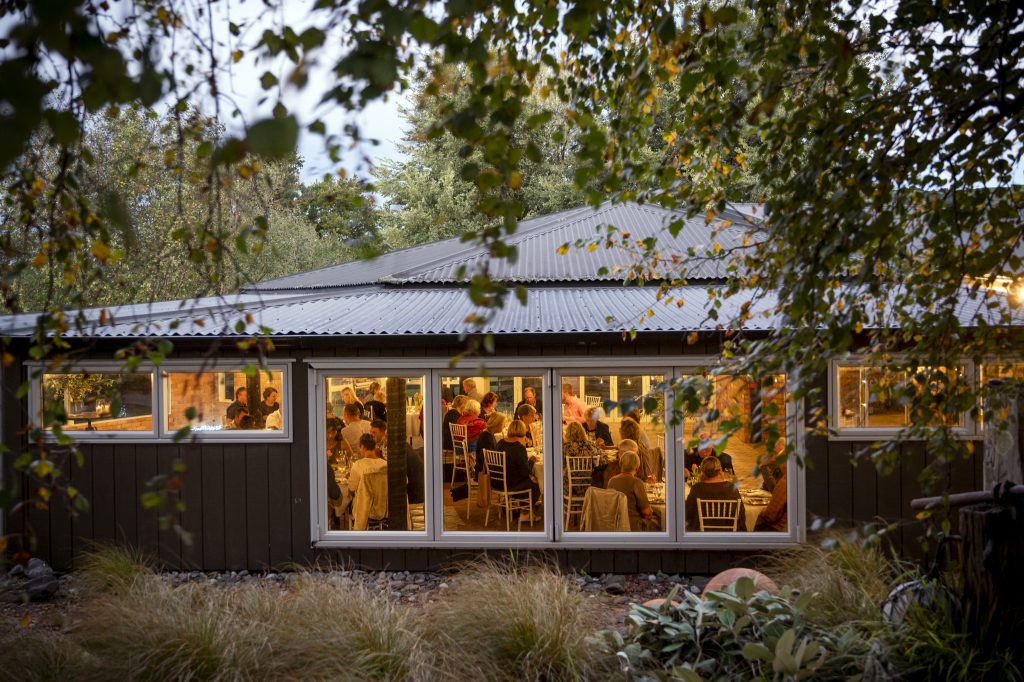 They’re at the Feast dinner, along with Ben’s parents and grandparents, and there are other local connections of family and friends. Ben is multi-tasking as he meets, greets, and cooks.

The barbecue is fired up, and as we arrive it’s laid out with lashings of underrated kamo kamo, split in half and generously brushed with smoked butter. The kamo kamo later proves a beautiful accompaniment to the beef main (Waikato grass-fed eye fillet and Canterbury grain-fed short-rib).

But my stand-out is the entrée; at the first mouthful, I know this is “the one”, and I think it sums up Ben’s skill, creativity and care:  the tuna (Great Barrier yellow fin) is dry-aged in bull kelp, foraged from Wairarapa beaches, dried and crushed to a fine powder.  The tuna (whole loin) is rolled in the powder then left to dry slowly in the chiller, with well-controlled humidity, for four to seven days. 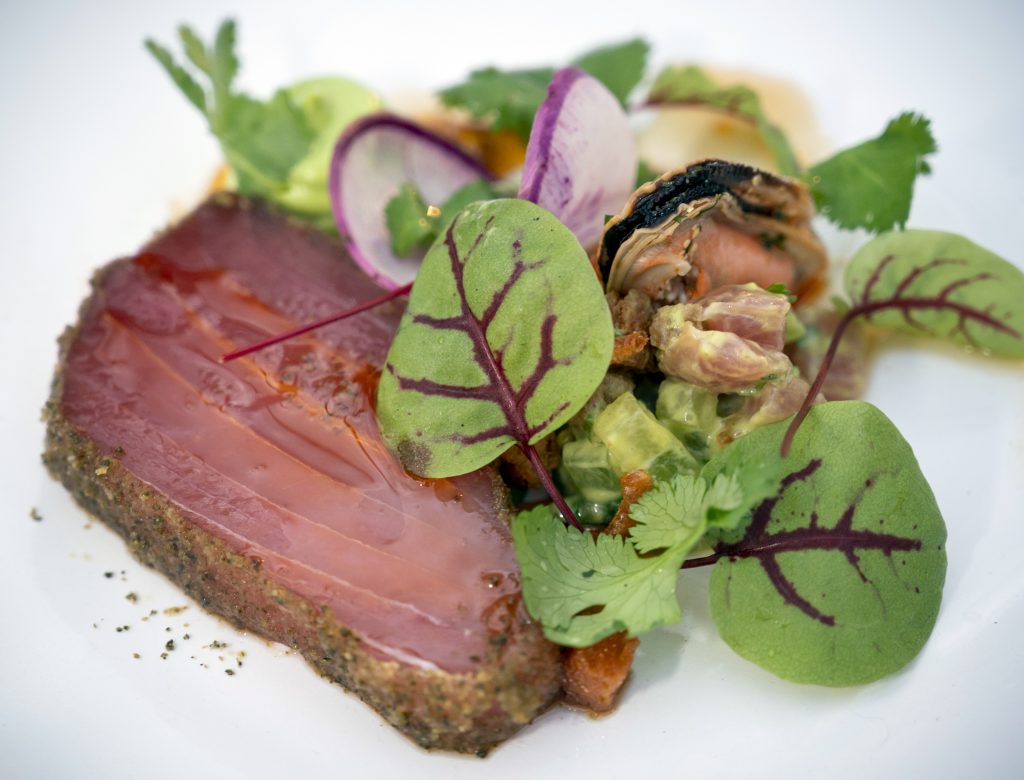 On the plate, the steaks are meltingly tender, tasting of umami heaven, served with avocado, Christchurch wasabi, pickled mussel, and a perfectly judged dressing of handmade Shiso vinegar and scampi oil.

It is truly memorable, other courses are excellent, too, as are the thoughtful wine matches. And a special shout-out to Megan Priscott’s gorgeous dessert: passionfruit and lemon mascarpone, burnt sugar Italian meringue, summer plum sorbet and macadamia praline.

There is camaraderie among guests at the tables, and in the kitchen between Ben and Megan and their teams, all in the spirit of Feast. Feast has had some bumps, the programme was cancelled last year due to the Covid-19 national lockdown; this year some events were cancelled due to competition from other Easter attractions, and the call of the beach for a last gasp of summer. 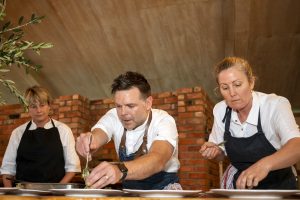 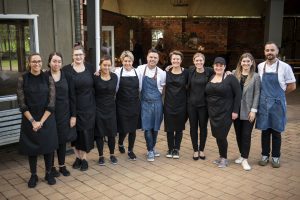 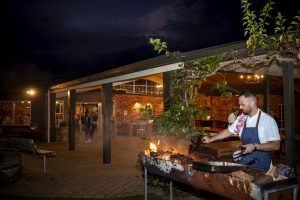 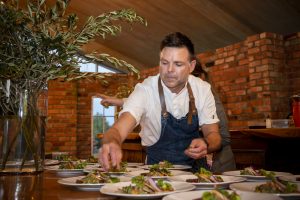 But the organisers and kitchen teams can take a bow for all the good things they created, and I know Feast will be back next year, better than ever.

Ben Bayly will be back, too, to cook another dinner. “One hundred per cent, “he says, “I loved it.”