They’ve created dishes to honour the appearance of the distinctive Matariki cluster of seven stars in the early morning sky, cooking up their entries for Waikato Food Inc’s iCLAW Matariki Dish Challenge. The regional culinary competition is back in town for its sixth winter, this year running through to July 18; it has grown in stature alongside the growth in understanding of Matariki, nationwide.  Waikato Food Inc founder, Vicki Ravlich-Horan, says chefs look forward to it, and mark it on their calendars.

Julia Clarke, Waikato Food Inc’s projects and events manager, says the brief to chefs is to design a dish inspired by Matariki; “we’re looking for a link to Matariki, a celebration of great local ingredients, as well as knowledgeable service.”

Waikato Food Inc committee member Gus Tissink says the challenge provides Waikato chefs with an opportunity for innovation, and to think about indigenous ingredients and flavours. “We’re creating an outlet for chefs to tell a story through their food. This competition involves the whole team, from front of house to the back, to sell it to customers. It brings everyone together.”

Tissink is general manager of gourmet produced supplier Bidfresh Hamilton. His firm’s been sourcing  horopito, kawakawa, pikopiko, urenika potatoes and similar for chefs, and competition dishes range from horopito pork in boil-up at Hamilton’s Furnace Steakhouse, to a dessert of manuka honey and horopito panna cotta at Mr Pickles. 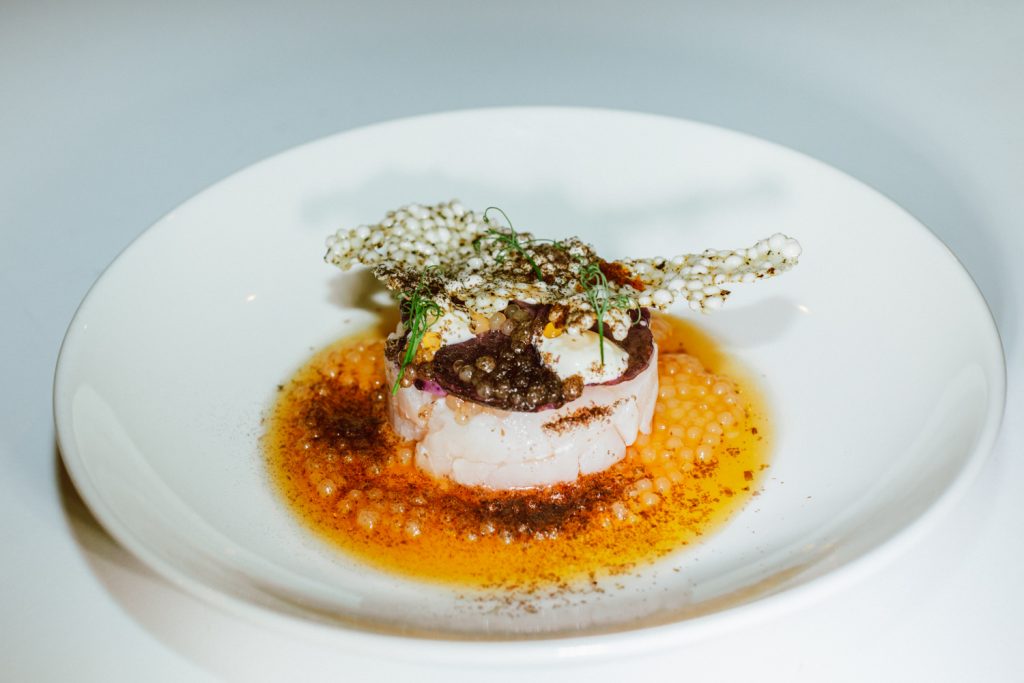 Chef Tejas Nikam, at Hamilton’s Paddock to Plate, has entered for the first time. He says the challenge is a great opportunity to connect with Waikato Food Inc, and to showcase Paddock to Plate’s food, drinks and service. His dish, Moana and Whenua, is an entrée of dry karengo-cured hapuku plated with confit taewa (potato), kawakawa bubble tea, saffron emulsion and a tapioca crisp.

Gothenburg, on Grantham St, is also a first-time entrant. Head Chef Cody Nicholson says his team is excited to be part of it, supporting and promoting a good Waikato effort. Their dish, Kai Whenua Mahi Tahi (food from the land; working together as one), was devised as a staff collaboration, and it is strong on local ingredients. “We were playing around with mushrooms from Raglan, macadamias from Morrinsville, beef from Horotiu. It all came together.”

Novotel Tainui’s Restaurant on Alma has supported the challenge from the beginning. Novotel’s food and beverage manager, Toni Baker, says it’s not just about competing. “It’s important that we do justice to Matariki, that we understand Matariki, and its purpose. We wanted our chefs to have a good understanding of it, so that the story inspired our final dish.”

This year, in collaboration with the hotel’s Tainui owners, Baker arranged for restaurant staff to spend time with a Waikato University student who had researched Matariki.  The student explained to staff the importance of the star cluster in Māoridom, its connection to seasonal activity, its celebration of the present, and the future.

Baker, who is of Tuhoe and Ngāpuhi decent, says the team, led by executive chef Makisi Tulikihakau, named its entry dish Whāngai te Hautapu, in honour of an ancient ceremony connected with Matariki. The dish is influenced by four of the stars of Matariki, balancing flavours and ingredients from land and sea: it comprises confit quail with sautéed clams, kumara, eel and horopito gnocchi, finished with crayfish bisque and cranberry puree. It is served – with smoky fragrance- under a cloche.

Says Baker: “It is perfectly balanced, inspired by the four stars.”

There has been similar careful preparation and research at other eateries.  At Alpino, in Cambridge, head chef Branislav Petkovic is Serbian, and restaurant part-owner and manager Riccardo Carminati, is Italian, and they’ve put together a dish that merges Matariki and Europe.

Another Cambridge eatery, Alpha Street Kitchen and Bar, has mutton-bird (titi) as the star of its Matariki entry, named Te Tai (The Coast). Head chef Pratyaksh Verma says the challenge is a great platform for showcasing indigenous foods, and for supporting small local suppliers. He wanted to do something a bit different; he did some digging on mutton-bird, and thought it would be a good thing.

The brined mutton-birds are bought from a local supplier but sourced in Oamaru.  Putting them on the plate at Alpha Street is a labour-intensive process. The birds are boiled four times to remove excess fat, oil and salt, then poached in a fragrant stock, deboned and crusted with horopito, kawakawa, juniper berries and a little bit of confit garlic.

They are seared to finish, and served crunchy and meaty with Raglan lime mayo, Coromandel paua fritter, compressed pikopiko, cray bisque and a kina wafer.

Says Verma, “it’s a lot of time and effort but it’s worth it”.