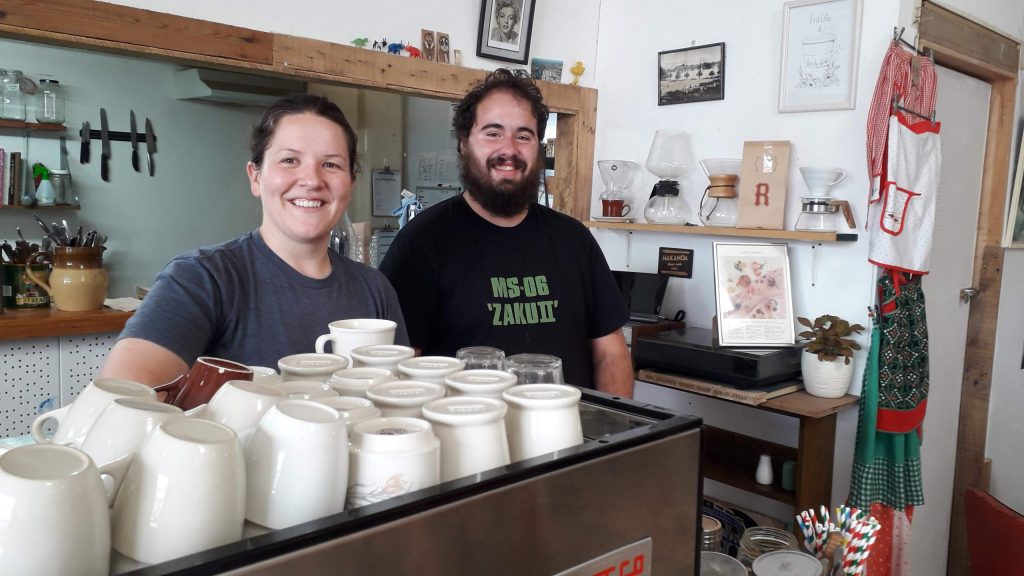 When I heard that Hamilton East’s GG’s Café’ had been sold, I thought, “oh no, how will that work?

GG’s, of course, is the tucked-away eatery in Lovegrove Lane, off Grey St. Originally named Grey Gardens, it has a singular charm: a quirky vintage décor, excellent local Rocket coffee, and a simple selection of good things to eat. It’s firmly embedded in Hamilton East’s café culture. It’s the place where everyone knows your name … and regulars would not necessarily welcome it being tampered with.

It was quickly comforting to see that the new owners, husband-and-wife team JoJo McGlade and Nico Nicoll-van Leeuwen, were treading gently. They liked GG’s style as much as anyone else and they weren’t about to strip it out and start again.

Their story of buying a much-loved local business, making it their own while retaining its core values, is a good one. JoJo and Nico took over GG’s last July but they’d been working alongside founder-owners Bruno Cavell and Amelia Hedge prior to this.

Says JoJo: “We spent a lot of time with them. This had been like their baby and they wanted the changeover to be smooth, too. They were so helpful, it was such a good experience. They were pleased it was going to like-minded people.”

So Nico and JoJo got to know potential staff members, regular customers, the popular menu items, the busy periods, and to understand GG’s culture.

Their key advice to anyone doing something similar is to take time getting to know the place, make any changes slowly, find the balance between what you really want to change, and what is absolutely fine as it is. Accentuate what you’ve already got. And talk to your customers, take them with you. They’re the glue of any business.

“We bought GG’s because we liked the feel and the vibe,” says JoJo. “We weren’t going to change that, we’ve really thought about everything. And we’re massive fans of Rocket coffee, so that wasn’t going to change.”

Nico says the cafe’s site on Lovegrove Lane was a drawcard for them, it reminded them of hard-to-find cafés they’d stumbled upon on their travels in Canada and Japan. Some true gems in unlikely places. Hamilton doesn’t have many laneway eateries, and after they fell in love with GG’s, Nico and JoJo began talking to Bruno and Amelia about a potential sale.

Several months on, they’ve switched the location of the espresso machine to improve customer flow, they’ve freshened the cabinetry, paintwork, and the alcove spaces at the rear. They’re planning a few modifications in the kitchen at a later stage. It’s subtle change, at a quick glance it’s the same place with a bit of a spruce up.

Nico and JoJo have had a long lead into owning their own place, each step adding to their experience. JoJo grew up in Hamilton; she trained as a beauty therapist, worked in the industry for a few years before moving into hospitality. She loved hospo from the start, loved the rush of it, became invested in making great coffee, and doing her best for customers.

Nico trained as a baker in Christchurch, later studied hospitality at Wintec in Hamilton, and he met JoJo when they both did a stint in the café at Hoyts, Te Awa, at The Base. They moved around, working in big and small places, travelled to Canada together and found a niche at a gondola café in Squamish, a mountain tourist town north of Vancouver.

Nico worked with a talented French head chef from Quebec, and relished the variety of work that included catering for high-end weddings.

Back in Hamilton early last year, they wandered into GG’s, and the rest is history. While Nico is the chef, JoJo can cook everything on the menu, too. There is a simple lineup of bagels, baps and melts, based on good flavours, tasty twists and seasonal ingredients.

Cabinet food includes GG’s favourites such as cheese scones, cinnamon buns, lamingtons and various cakes and savoury toasties. They’re delving into their massive cookbook collection, and Nico is a huge fan of the food of Israeli-English restaurateur and writer, Yotam Ottolenghi.

GG’s is JoJo and Nico’s baby, as it was for Bruno and Amelia. They’re minding it carefully, and from a customer point of view, you’re still guaranteed a friendly welcome, and everything that goes with it. How good is that? 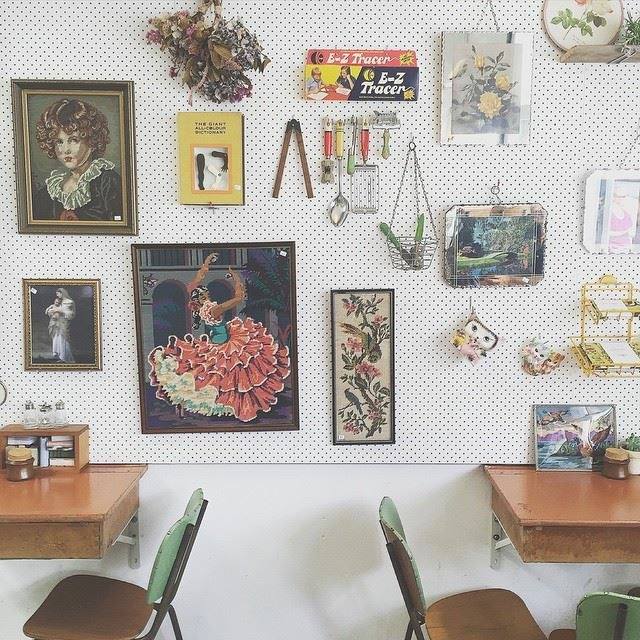