Cinnamon buns are on the rise, Denise Irvine samples a few treats

In deepest winters of my childhood, my mother warmed us up with her sweet pinwheel scones where the dough was rolled into sheets, filled with a fragrant mix of cinnamon, butter and brown sugar, then cut into rounds and baked till golden.

Mum used a high-sided meat for them because the filling always oozed out of captivity and could have caused a sticky situation in the oven. In the meat dish, the excess filling pooled under the scones and created a lovely caramelised bottom.  They were best eaten hot from the oven. They didn’t really need to be buttered but we did that anyway.

So I’m a long-time sucker for cinnamon baking and it’s wonderful to see it having something of a renaissance in café cabinets around town. It’s gone a bit more upmarket from my mother’s modest pinwheels, though, and nowadays most cinnamon treats are made with a rich, buttery brioche-style dough and they’re called scrolls, swirls, buns or rolls.

Some experts debating the different names say that cinnamon rolls are typically iced with cream cheese frosting, and cinnamon buns are un-iced, relying on their natural sticky glaze to deliver the flavour. But this doesn’t follow with the ones I’ve tried this winter; rather the name seems to be at the whim of the chef who made them.

The thing they all have in common is the classical (and generous) filling of cinnamon, butter and brown sugar. This is the timeless appeal and without it they’re not in the game. 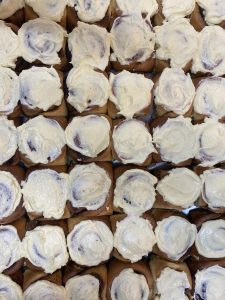 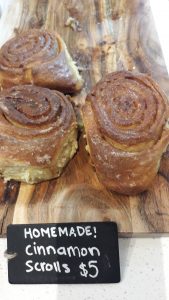 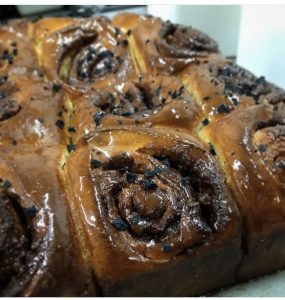 The first ones I latched onto recently were at Sentinel Café in Hamilton’s north Victoria St. These are cinnamon scrolls, they are rich, sweetly caramelised and have a beautifully textured crumb. They’re made by head chef Sam Fowler, from a recipe by caterer Tecla Wilmoth, who was previously at the café. Fowler says careful mixing and proving of the dough is the key to a good scroll, and they must be made fresh on the day.

At Scotts Epicurean, in Victoria St’s southend, chef Isla Sando says there was some trial and error before she got the right combination for her sweet, tender cinnamon buns. She says you have to be able to taste the spice: “There’s nothing more disappointing than a cinnamon bun where you can’t taste the cinnamon.”

She’s quite right. So here are a few suggestions for some sticky cinnamon treats to warm your heart this winter. 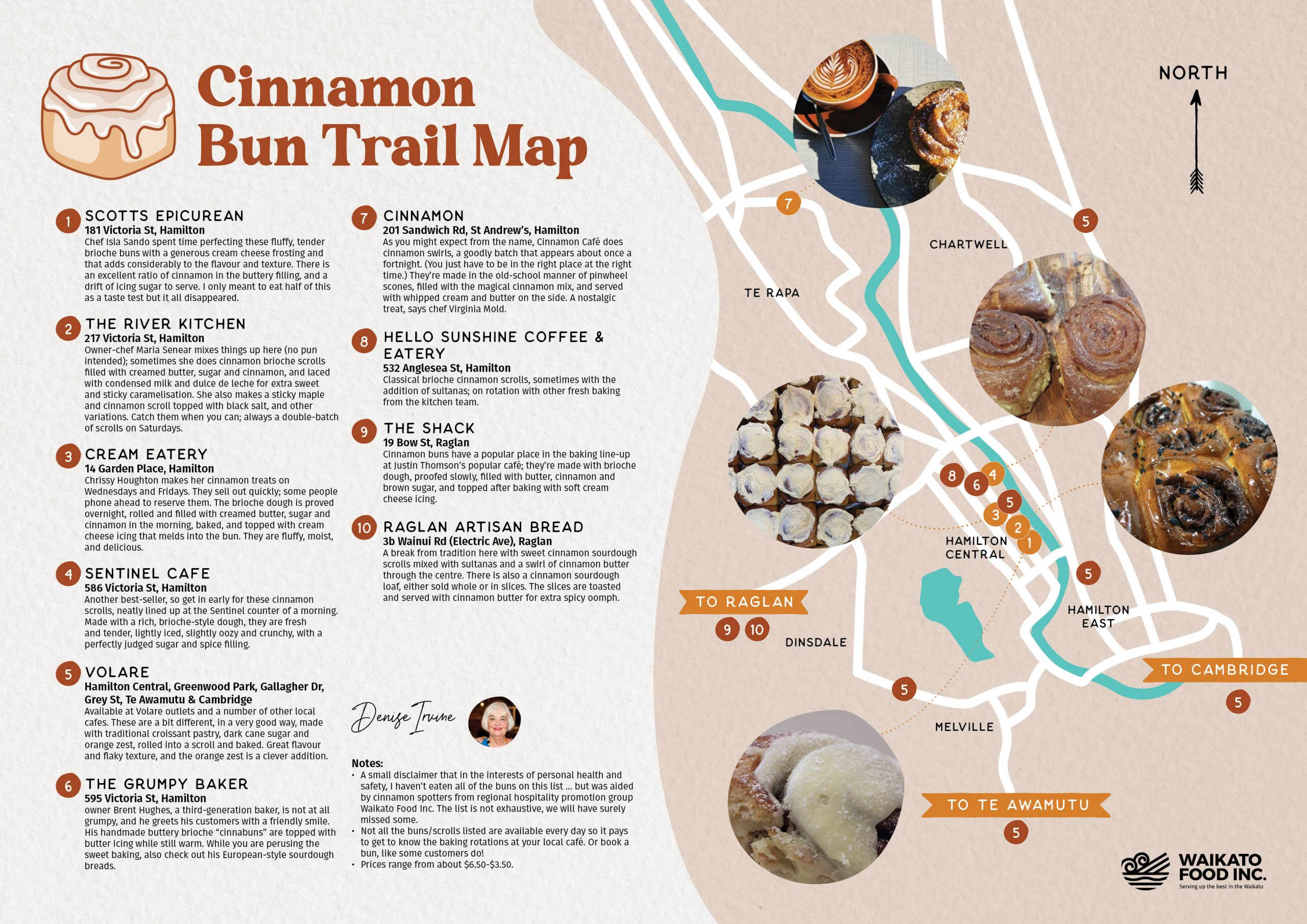 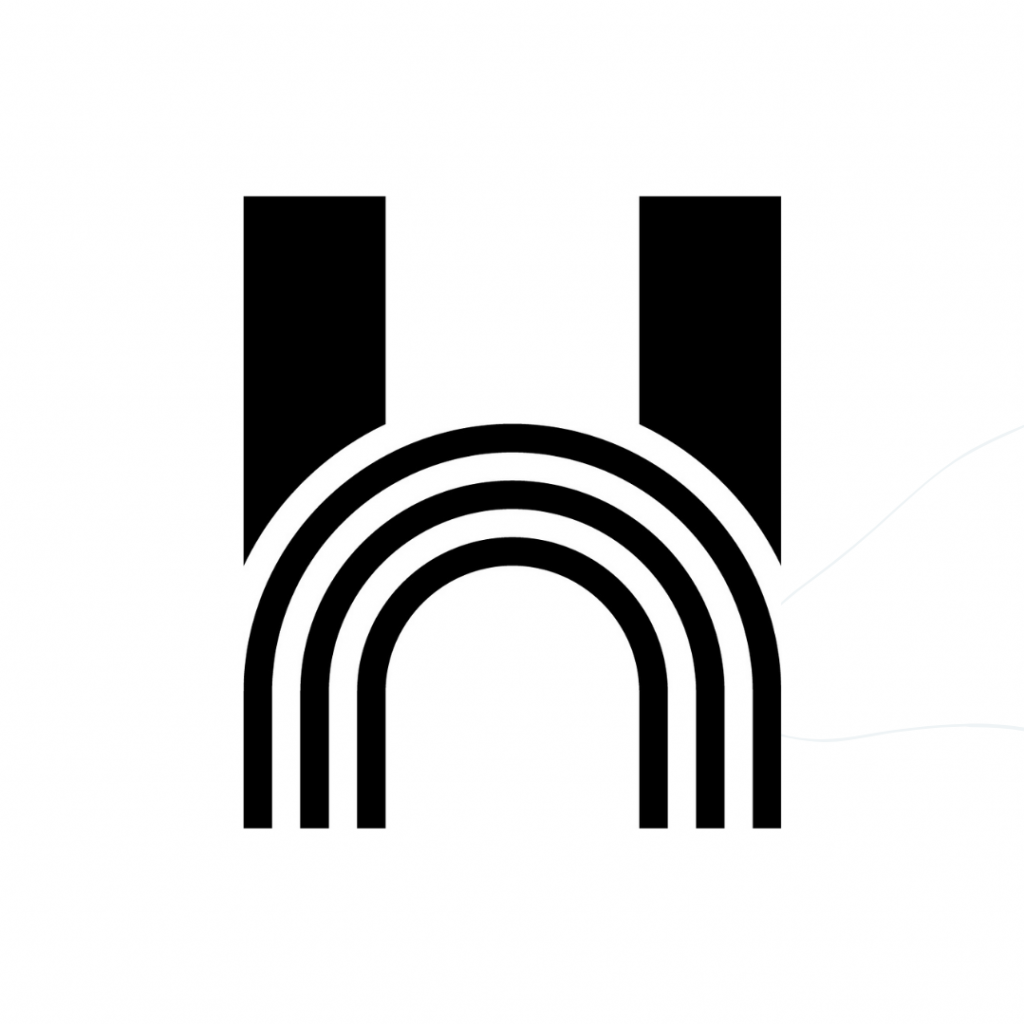